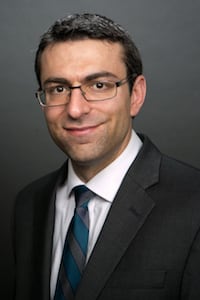 After graduating from Harvard Law School, Scott began his career in the New York office of what is now Dentons. Dentons is one of only ten law firms with yearly revenue of over $2 billion.

Scott then cut his teeth as a trial attorney as an Assistant United States Attorney in the Southern District of California. In four years with the U.S. Attorney's office, Scott ran criminal prosecutions, trials, appeals, and investigations. Scott had no acquittals in his ten felony jury trials. Scott received official recognition for two of his successful investigations. Each of these investigations led to the arrest and conviction of the top members of a criminal enterprise.

Scott's time as an Assistant United States Attorney provided invaluable litigation fundamentals that have carried over to his current civil litigation, intellectual property, and internet law practice. Scott understands how to effectively work up a case from the ground up. Scott is no stranger to judges and juries and understands how to effectively present a case to both. While some attorneys are afraid of the courtroom, Scott feels at home. Scott effectively fights for his clients both in court and in settlement negotiations.

After his time with the United States Attorney's Office, Scott joined Erik Syverson's digital media practice group along with Steven Gebelin at a well-known Los Angeles litigation boutique. Scott, Erik, and Steve have worked together for over five years.

Scott is a Super Lawyers Rising Star. Avvo.com ranks Scott as a 10 out of 10. The LA Business Journal recognized Scott as one of Los Angeles County’s top 25 white collar and cyber crimes attorneys.

Due to an international client base, Scott has handled many jurisdictional battles. Scott succeeded in persuading a domestic court to exercise personal jurisdiction in a matter between two foreign entities. Periodicals in the United States and Europe have published articles about this ruling.

Scott is licensed to practice law in both California and New York.

With two pre-school age sons, Scott has plenty of real-world experience in conflict resolution, bargaining, mitigating damages, and facing off against persistent and cunning opponents. Scott also knows each character in both the PAW Patrol and the Car Patrol.